The YSR Free Crop Insurance Scheme has been implemented by the Government of Andhra Pradesh to better and empower the income of farmers in the state. Through which crop insurance will be provided to the farmers by the government to compensate the losses due to natural calamities. How to get the benefit of the scheme, who will be eligible for the scheme and how to apply under the scheme. To get all this information, you have to read this article till the end. So let’s know about the YSR Free Crop Insurance Scheme. 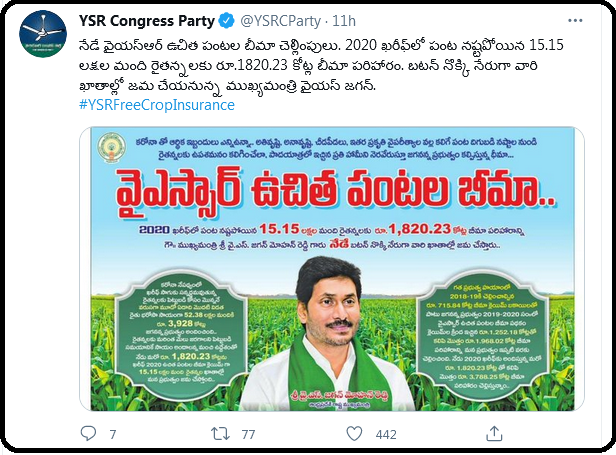 The YSR Free Crop Insurance Scheme has been launched by the Chief Minister of Andhra Pradesh to improve the status of farmers and make them self-reliant. Under which farmers will be provided crop insurance by the government for the loss of all notified crops due to natural calamities. Which will have about 22 notified crops. This crop insurance will be available free of cost to the farmers. Earlier farmers had to pay higher premium amount to avail YSR crop insurance scheme. But now under this scheme, farmers will have to pay only 1 rupee to enroll themselves in the scheme. The government claims amount will be paid for the farmers whose crops have been ruined during Kharif 2020. To give benefits of the scheme, the amount will be transferred to the accounts of the beneficiaries. Due to which about 15 lakh farmers will get the benefit of the scheme. Beneficiaries of the scheme will get the benefit by registering online.

The main objective of the scheme is to provide insurance cover on crops to all those farmers whose crops have been destroyed due to natural calamities.

Payment Released Under the Scheme 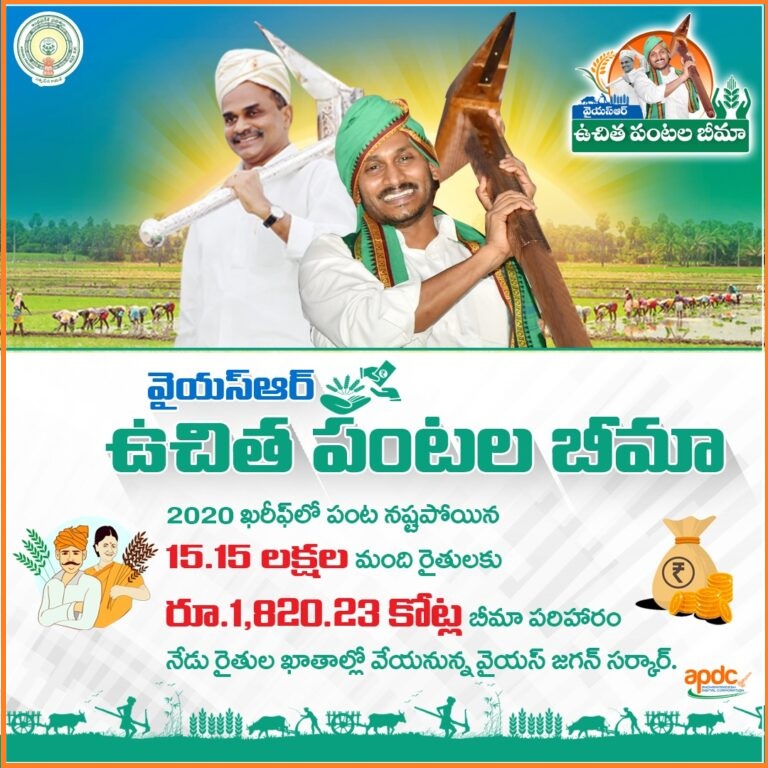 10641 Rayathu Bharosa Kendra has been established by the Government of Andhra Pradesh which is integrated with the Village Secretariat to benefit the farmers under the free crop insurance scheme. Keeping in view the preventive cyclone, details of crop loss will be displayed at the Rayuthu Bharosa Center along with the Village Secretariat. Keeping this in mind, compensation has been paid to the farmers till December 31, 2020. These details are also available for social audit and the farmers who are missing from this list will be nominated by the government at the Rayuthu Trust Center.

In a video conference with farmers, Minister K Kannababu, Cheluboyina Venugopal Krishna, AP Agriculture Mission Vice President VMS Nagi Reddy and concerned officials said that insurance cover will be paid in May 2021 for all crops wasted during 2020. For any delay in the payment process, a report will be given by the Planning Department, through which the amount of insurance will be paid to the eligible beneficiaries. Government of Andhra Pradesh will also buy sprouted and faded crops at graded MSP, so that no farmer in the state will suffer economic losses.

How to apply for the YSR Free Crop Insurance Scheme