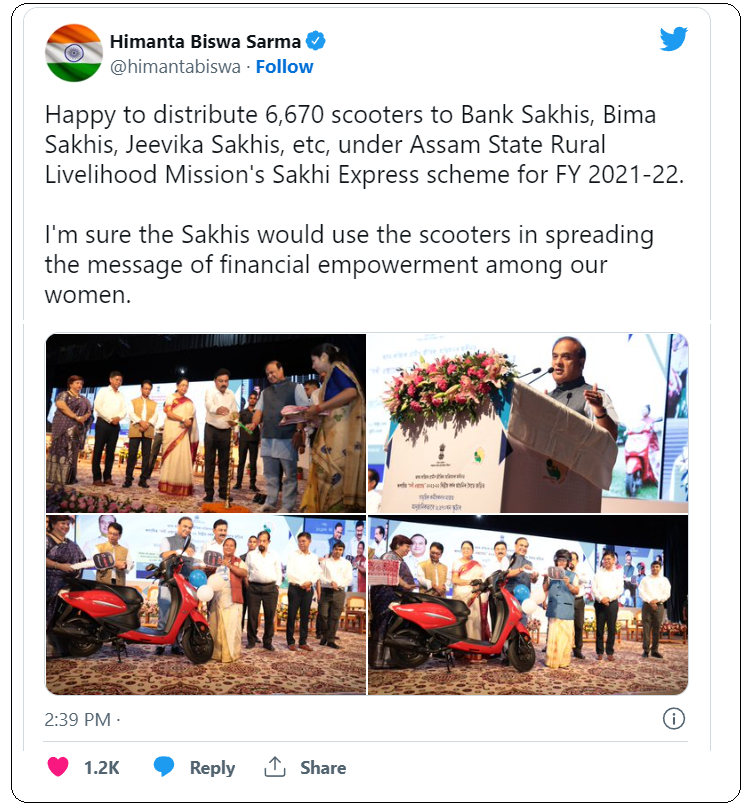 Assam Sakhi Express Scheme has been started by the state government for the welfare of women. Under which bikes will be provided to women workers. Starting the scheme, Assam Chief Minister Himanta Biswa Sharma has given 6670 scooters to the community workers. On this occasion, the Sakhi who have been given scooters will start working with more dedication. This scheme will be run in the entire state, so that the eligible beneficiaries can get the benefit of the scheme.

Total number of scooters to be provided under the scheme

Objective Of the Sakhi Express Scheme

The main objective of the scheme is to provide scooters to the eligible Sakhis of the state by the government to refine their work.

Bringing in such schemes to help women-run SHGs will help Assam to become one of the highest per capita GDP states. “Sakhis” are those women who will be assisted by this scheme. The sakhis who will be given scooters will be the main link of this scheme and these women will be aware about their work. These beneficiary women will get ease in commuting by getting scooter. Due to which their honor and respect will also increase. 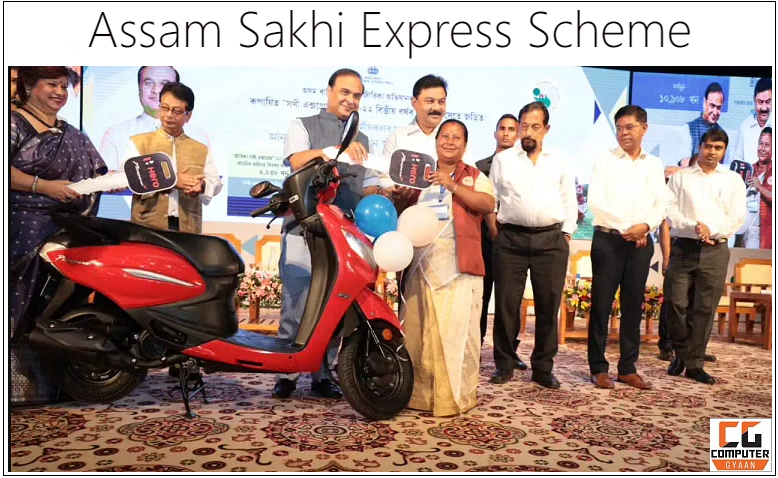 During the inauguration ceremony, the Chief Minister launched this scheme for the development of the women of the state. Big personalities participated in this function and put their views in front of the people. When Sarma delivered the speech, he praised the self-help groups in the state for timely repayment of loans to banks and other financial institutions. The Chief Minister said that this would ensure that the number of loans stuck in priority sector loans remains within reasonable limits. This will infuse more money into the SHGs so that they can do more work.

Ranjit Kumar Das praised the Chief Minister for guiding the programs of the department and ASRLM. The P&RD Minister urged the “Sakhis” to make judicious use of scooters for improving the rural economy under the economic linkage of women.

The Chief Minister urged the “Sakhis” to work towards promoting the knowledge of the benefits of a modest family among the people of rural areas. Apart from this, the Chief Minister also appealed to the Sakhi women to cooperate with the government in the current Aadhaar-seeding process so that they can be eligible for various benefits offered by them.

How to apply for Assam Sakhi Express Scheme